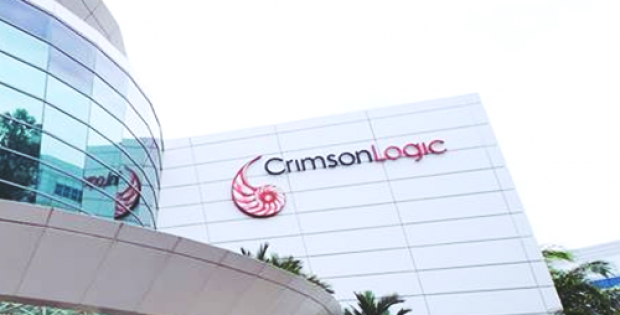 CrimsonLogic, a notable digital services provider based in Singapore announced the launching of a blockchain service for logistics and shipping to promote trade in Asia. The company claims that the blockchain will streamline the efficiency, transparency and all-round security in international trade.

The company asserts that its platform, dubbed Global eTrade Services’ Open Trade Blockchain or GeTS OTB, is the first beyond-borders blockchain system in Asia which runs alongside the Southern Transport Corridor and Belt Road Initiative.

Eugene Wong, CrimsonLogic and GeTS Chairman stated that since its launch a year ago GeTS has accumulated transactions over 10 million. Currently GeTS is carrying out more than 13 million transactions and recorded a GMV (Gross Merchandise Value) of about $400 billion in the first half of 2018. He further added, that the Open Trade Blockchain launch has allowed the company to establish a new global trade model and a potential to fulfil increasing demands for secure and compliant regional and global trade.

Wong added that the company believes its blockchain technology can help establish better trust among China’s BRI, Southern Transport Corridor and ASEAN traders. He further added that the trade volume between China and ASEAN is anticipated to become the single largest transaction between two trade regions and the company is looking to facilitate the same.

The GeTS’ OTB is defined as a Permissioned Blockchain Network by CrimsonLogic. It is a network that is hosted by authorized trade compliance firms and run by trustworthy nodes. The platform enhances the security of trade-related documents while promoting transparency.

GeTS already has established partnerships with Commodities Intelligence Center (a ZALL SMARTCOM, SGX and GeTS joint venture), China-ASEAN Information Harbor, and Suzhou Cross-E-commerce.